The Hospital Tunnel project was undertaken due to the damage suffered to the tunnel structure from the Christchurch earth quakes. The project was a liaison between the Ministry of Health and Canterbury District Health board with design input from Holmes (Structural), Beca (Architectural) and MWH Stantec (Building Services). The project involved the re lining of the services tunnel which provides reticulated steam supplies to the main hospital campus and other auxiliary piped services.

For the duration of the project the Lamson tubes and telephone cabling had to remain live serving the hospital as these could not be disconnected. The Lamson tubes supply blood and tissue samples from the Laboratories to multiple areas of the hospital campus using a vacuum system.

Prior to the relining of the tunnel all building services had to be isolated and removed along the 145m length of the tunnel. These works were carried out on a rotating shift basis and completed within 3 weeks with a team of 10 in house Dominion trained asbestos operatives.

After the earthquakes the tunnel suffered some major cracks which in turn allowed ground water to penetrate the structure in numerous locations. These had to be crack injected along the length of the tunnel. This proved particularly challenging as no sooner was one area sealed another would spring a leak.

A further issue with ground water was also discovered early in the project when an unplugged artesian well was uncovered during part of the excavation works to access the tunnel. This resulted in flooding the site entrance area and having to drive a well cap down 10m to seal the artesian well. This could have proved to be a major delay to the project but was successfully sealed

During the project Dominion had approximately 150 people work on the tunnel project which was challenging at points due to the very limited access and space within the tunnel. From the outset a defined sequence of works was identified and was strictly followed to achieve the programme completion. From commencement of the works through to the re commissioning of the steam the project took a little over 7 months to re- line the entire tunnel with reinforced concrete and re install upgraded piped electrical services to supply the hospital campus. 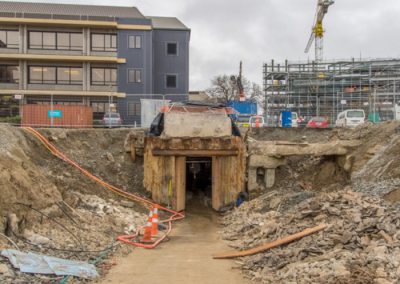 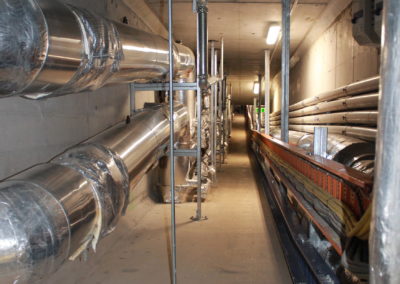 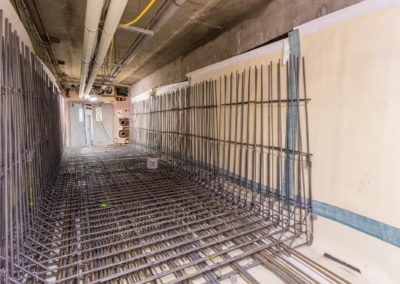