Dominion Constructors was appointed as the main contractor for Audi Terminal Auckland. The project involved the demolition of the existing building to the completion and opening of the Audi Terminal.

Although our contract was not design and build, we took a philosophy of working as a team and maintaining a close relationship with the client and its consultants to ensure that the end product was functional while maintaining the Audi design intent.

The client wished to avoid ground anchors when constructing the basement due to cost and the risk associated with damage to the existing public services in close proximity to the boundary. The construction method instead used existing ground material to retain the perimeter of the site until the ground floor diaphragm slab was poured, locking the structure together. As a consequence we had approximately 4500m² of material to remove after the ground floor slab was poured. Due to limited headroom, this was all removed through a combination of running a small bobcat up and down the ramp and repeatedly craning a 3m skip through a temporary opening in the slab.

A major feature of the showroom is the curved GRC wall. The wall represents a velodrome, where Audi first made its mark racing in motor sport. 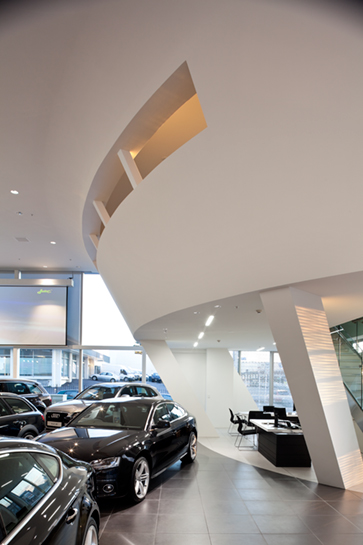 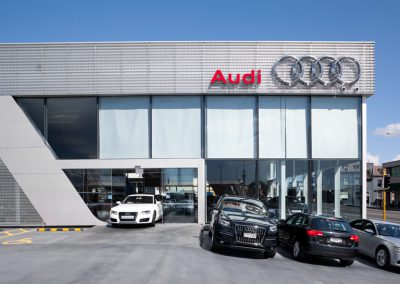